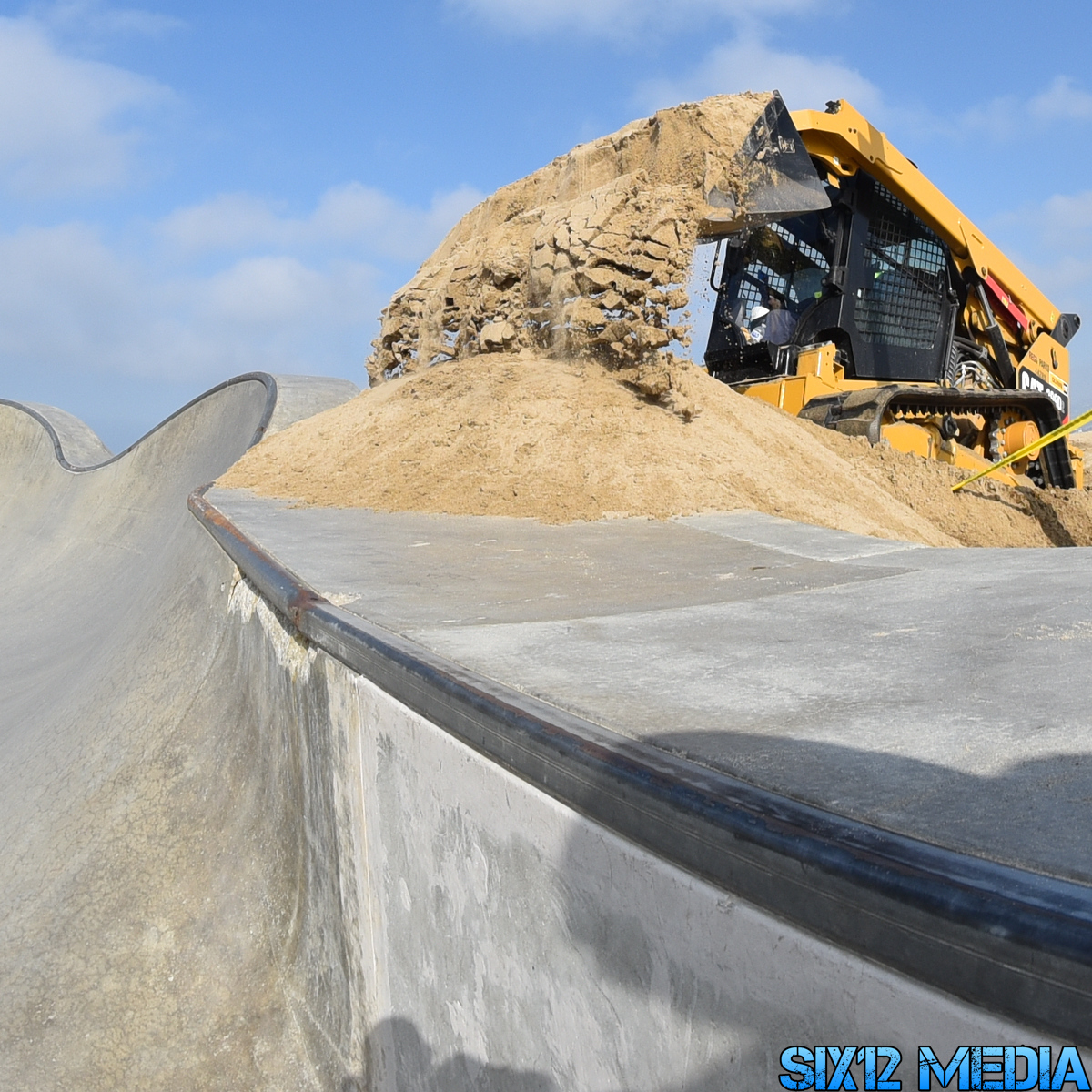 Shacked Mag was the first on the scene to report this story.

On Thursday morning, the City of Los Angeles Department of Recreation and Parks started pouring sand into the Venice Skate Park.

While out filming the morning surf for our daily Instagram Stories, our shooter noticed some bulldozers dumping sand on the skate park and started shooting it. 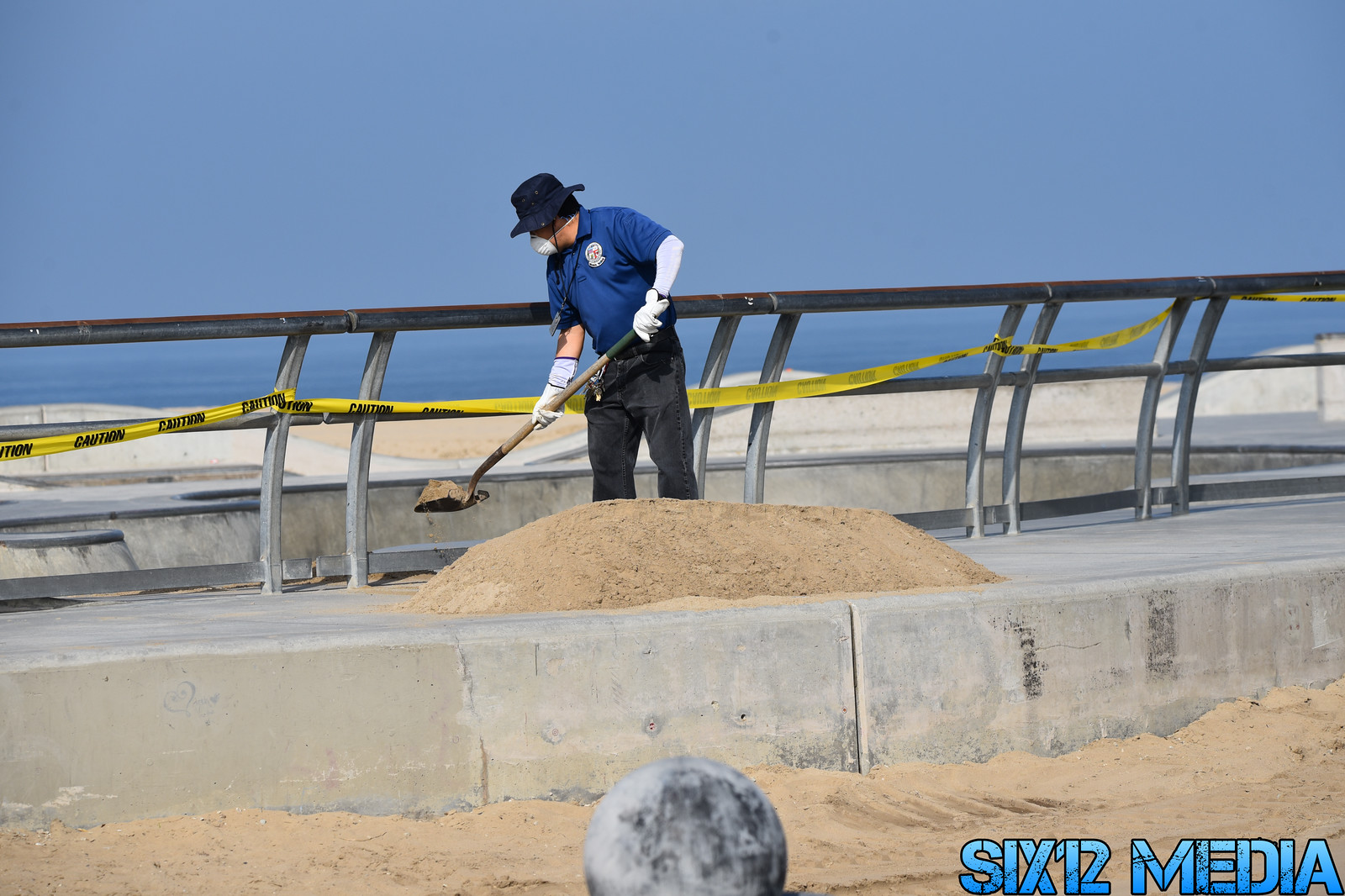 Several employees were shoveling sand into all areas of the park, while the bulldozer dumped sand along the skate park's rim walkway and into the street section. And of course, as seen in our Instagram Stories, they were getting all sorts of harassment from a handful of skaters and non-skaters.

This is temporary, the sand was put into the skate park to prevent people from skating it. The skate park has been closed for several weeks now due to the stay at home orders, but too many people have been skating it, and just plain hanging out in it. So the Department of Recreation and Parks decided to do more, since the caution tape and signs didn't work. 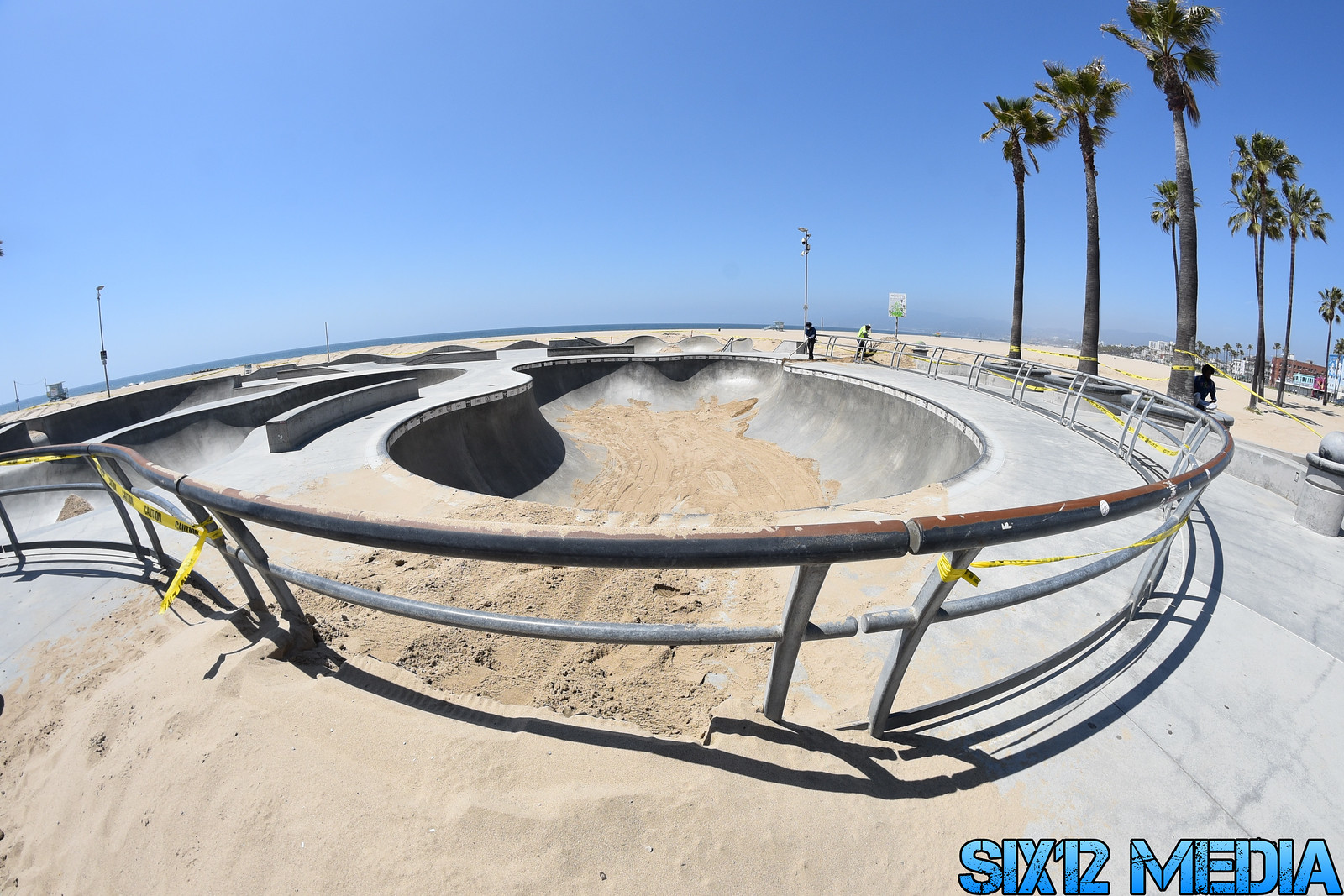 We asked Lance LeMond, someone who has been involved with the skate park since before it was built and now works for the Parks & Rec, about this and his reply was that they are just going to put enough sand in there that will keep people from skating it.

We saw that cardboard was placed over the all the park's drains with sandbags to hold them down. But the cardboard pieces were not taped down at the edges, so let's hope the method they chose works. 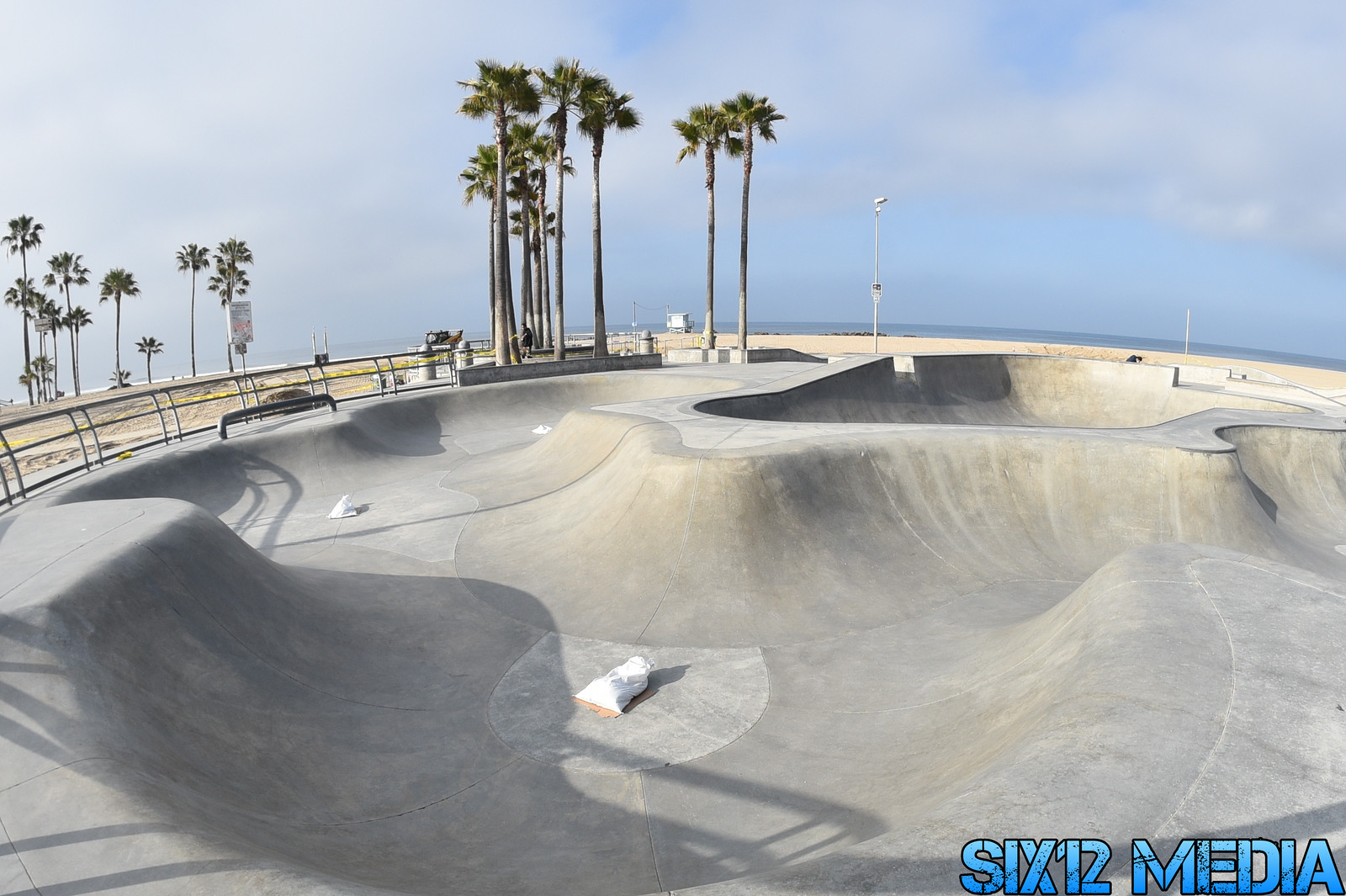 According to the Department of Recreation and Parks, the weight of the sand should not be an issue. They are not putting in an amount that will cause damage to the skate park. 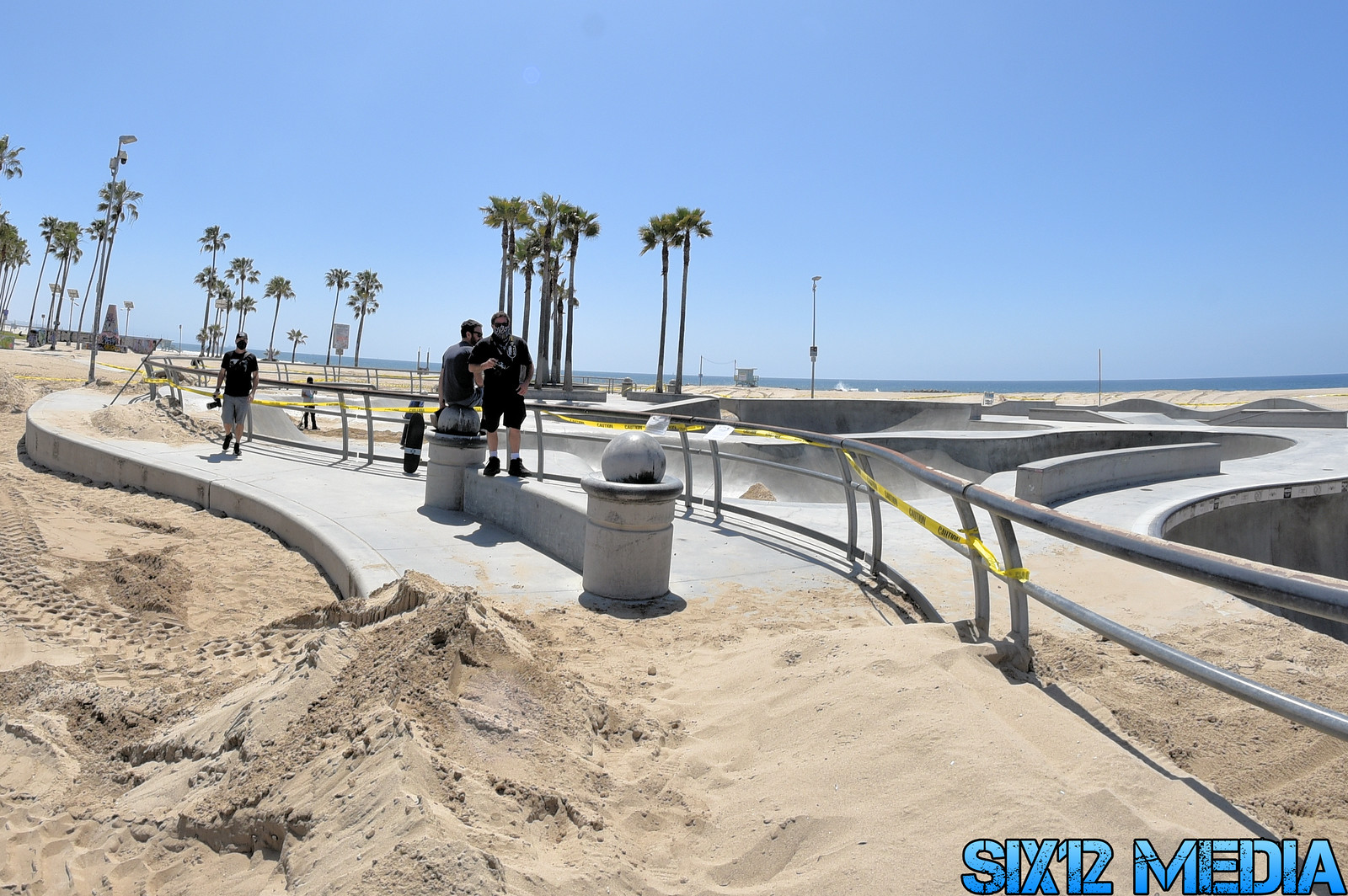 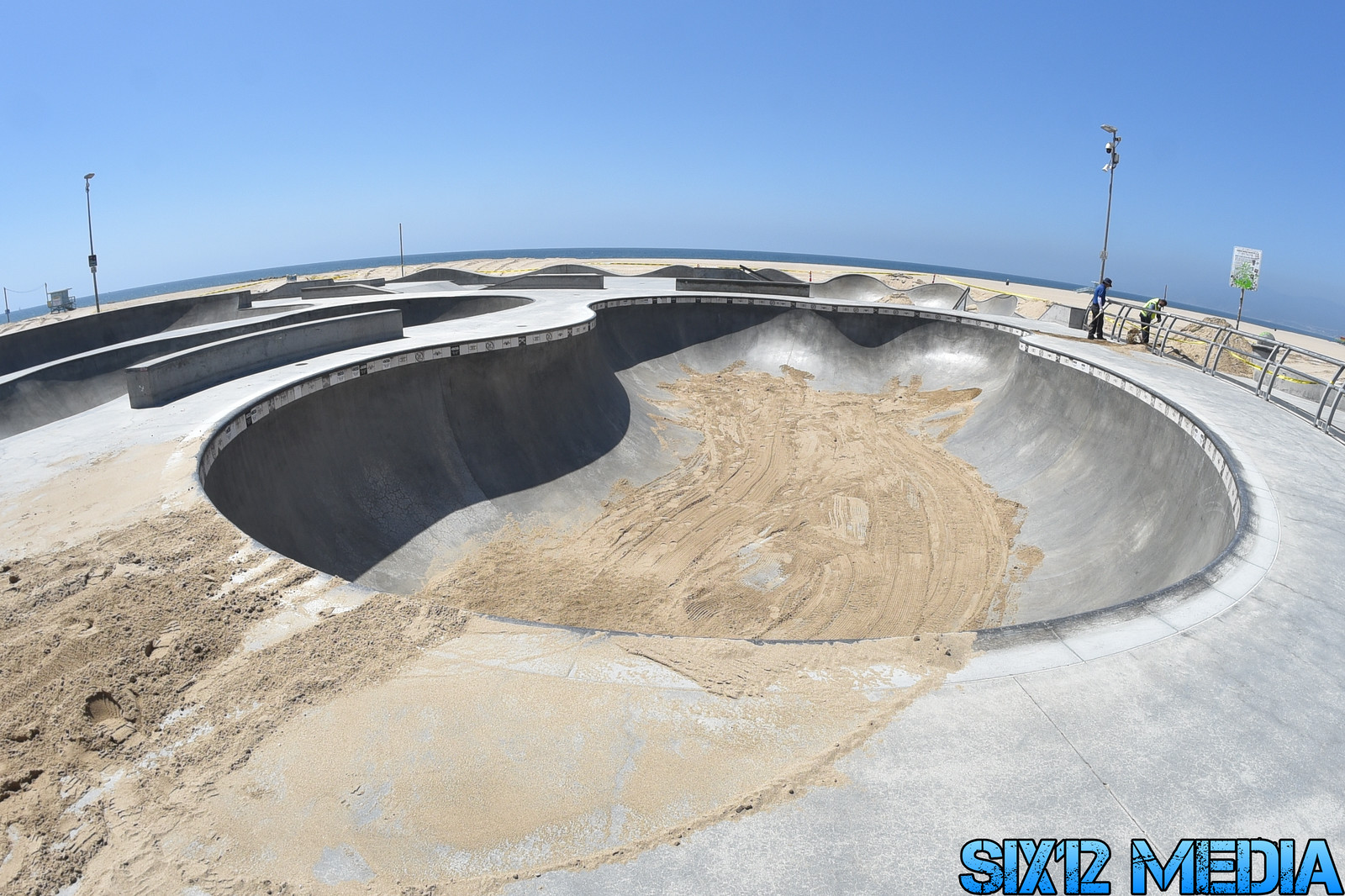 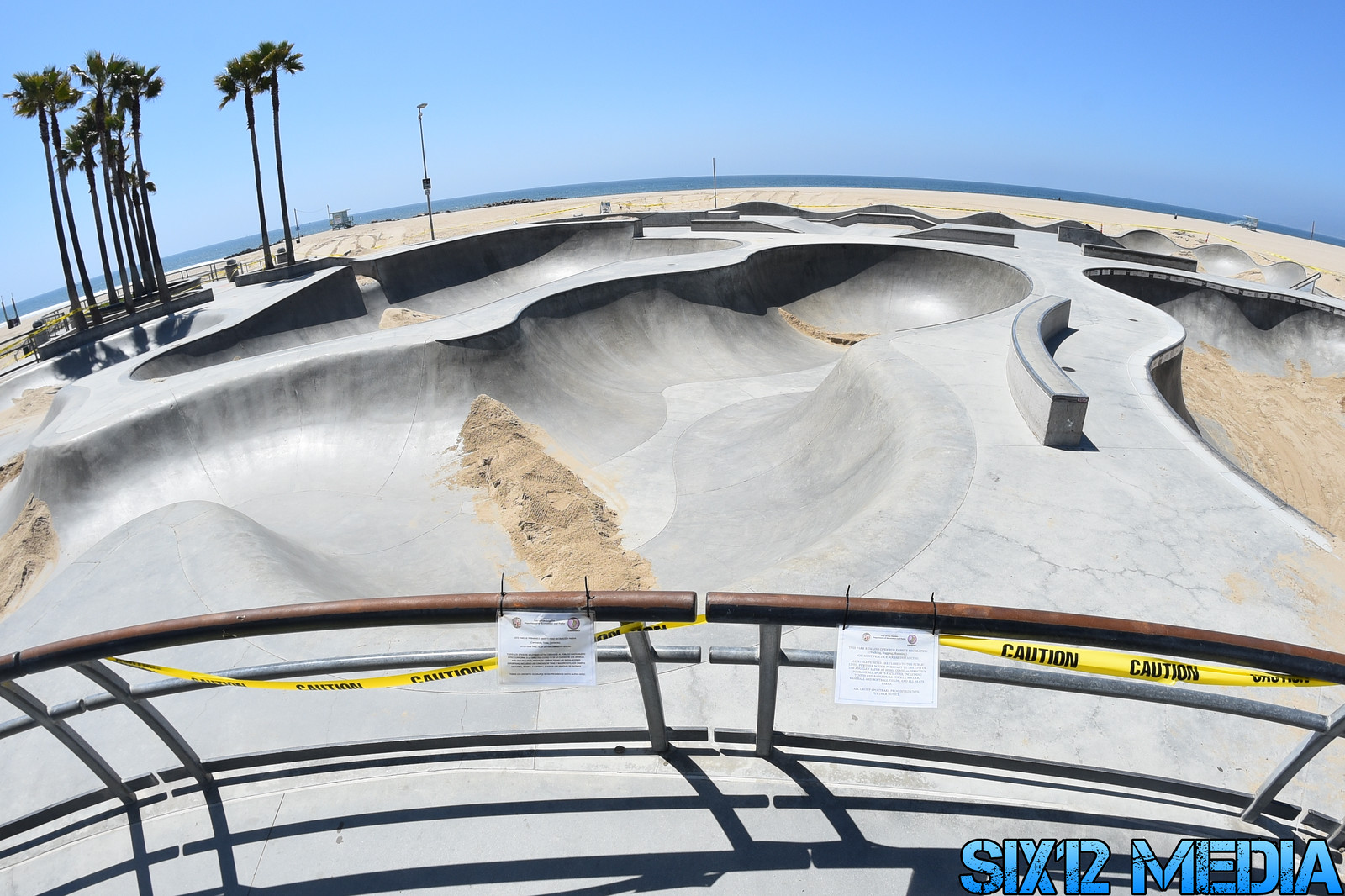